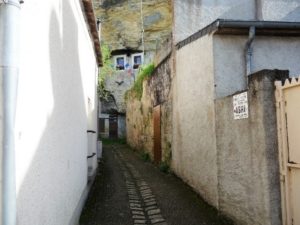 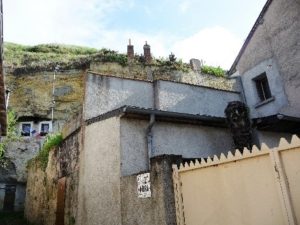 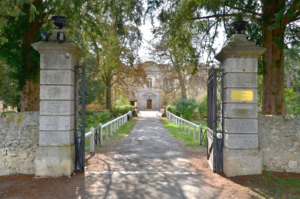 One day was spent on a tour of medieval chateaux and fortresses in the area; there are many more.  It was a very magical day with a look into the past while living in the present.

The Chateau de Cassaigne is a breathtaking and very historic site in remarkable condition. It was built in 1247 by Montassin de Goalard, the Abbot of Condom. This was actually the Bishops of Condom’s country residence in the 16th century. At this time, this century’s old site needed to be rebuilt (having suffered from the fallout of a number of battles) and parts of the chateau were also redone in the 18th century.

During the Revolution, the Bishop’s steward purchased the chateau, the descendants of which are the current owners. Henri Faget and his wife produce an Armagnac, supplied by the 30 hectares of vines that surround the chateau, considerably restoring the chateau’s former glory and prestige. It is also one of the most important producers of fine Côtes de Gascogne wines. 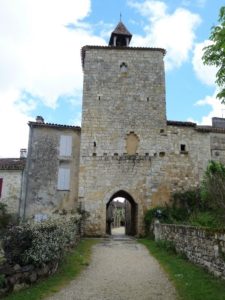 Fources was originally built around a castle, but now all that remains of this development is a tree-lined square and a moat. Fources was designed as a “bastide” – a circular plan of homes comprised of timber construction surrounded by the moat. These days Fources attracts visitors for the Flower Market in April and the annual jazz festival (“Marciac in Fources”) as well as their local restaurants and small shops. 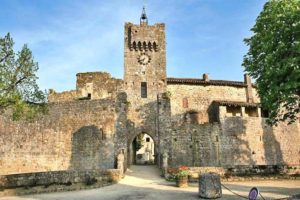 Larressingle is a medieval village, developed in the 13th century, and is known as one of the most beautiful villages of France by the tourism website “France This Way”. The only way to enter is through the fortified gates of the village, just over the now dried-up moat.  Larressingle can be found west of Condom and is the most-visited site in the Gers area. 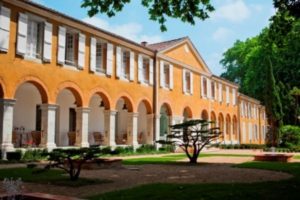 There is a wonderful Spa Hotel in Barbotan-Les-Thermes where I stayed.  The rooms were large, sunny with large windows, very comfortable.   I was able to partake in “les Soins” (treatments) at the Spa which were inexpensive and very effective. The area can be found in the Armagnac vineyards of Gascony. The hotel is comprised of an 18th century charterhouse which has been restored to its original French style. The hotel and lounges contain 25 rooms and suites along with two large fireplaces (handy if you are visiting in winter) and an outside Italian gallery (if you are lucky enough to be visiting during a glorious French summer) 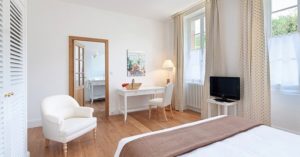 The spa was inspired by the 20,000-year-old mineral water springs, rich with sulfur, iron, and carbon dioxide. You can sign up for natural body and facial treatments as well as steam baths, hydromassage, mud wraps, and more. 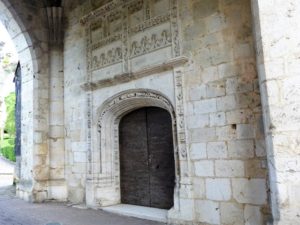 Barbotan is a thermal bath and health resort located in the small town of Cazaubon, which is at the heart of the Bas-Armagnac region in Gascony that is known for the thermal resort (the hot springs have been known since before the Christian era), but also stands alone when it comes to history and heritage. The former town of Cazaubon was probably built during the 5th century, when the Aquitains built their villages up the hill in a defensive position. During the 11th century, advanced fortifications were added with four gates in them, as the traditional bastides. Cazaubon had then 8 parishes, Barbotan, then known as Saint Pierre, being one of them. 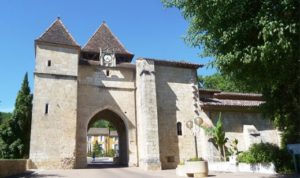 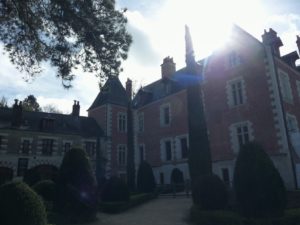 I had been looking forward to seeing the Chateau where Leonardo da Vinci lived the last years of his life.  The Clos du Luce had a great workshop with examples of what da Vinci had invented.  The gardens showcased some of his inventions as well: a portable bridge, treadmill, waterwheel, etc. He ended his days in a beautiful Chateau with great gardens.  Da Vinci is buried in his own separate chapel with a large headstone on the grounds of the Chateau d’ Amboise which overlooks the Loire River and the town of Amboise…very picturesque.  In the town of Amboise on the Loire River, I stayed in a large chateau with a converted stable and a central courtyard containing gardens…. very charming.

While in Versailles, I visited my tree in the Gardens of the Chateau of Versailles.  It is a beech tree with 16 years of growth so is quite large and healthy.  It is located on the Allee de la Reine in the Gardens of the Grand Trianon, Marie Antoinette’ s House. In 1999, the Chateau of Versailles sustained enormous damage from a large storm, losing 10,000 trees.  They subsequently had a fundraising effort in 2000 to raise money to replant the gardens and repair the buildings.  I bought a tree through this fundraising effort and was glad to contribute to the rebuilding of Versailles.  When I was a girl, living in Paris, I spent many Sunday afternoons at Versailles with my parents.  I also started equestrian pursuits in Versailles at the age of 8 years old.  My Mother and I spent many fun-filled hours riding horses in the ring and on trails in Versailles. Read more here. 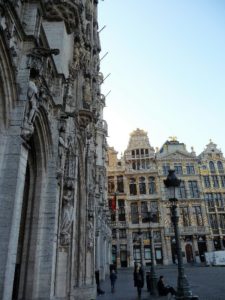 I stayed at the Hotel Amigo, just off the Grand Place.  We used to stay at this Hotel in 1970s and 1980s.  My Mother stored her car in their basement parking garage as well, when they were out of town for long periods of time.  Place Albert Leemans is the location of an apartment where we lived for 6 years; it is on a lovely rond point in the middle of town, close to Avenue Louis, where my Father had his Boeing International office.

I was glad to see that the Church on the Grand Sablon had been restored; the stained glass windows were precarious in their window frames.  The Petit Sablon was being cleaned, pressure-washed, and refurbished.

A meeting with the Managing Director of the Brussels Sotheby’s International Realty office on Avenue Louise resulted with a Windmill for sale in North Holland!